The building at 5900 Commonwealth in the New Center Area is owned by Gary Sayers, the jailed businessman whose company Electro Plating Services is behind the green chemical ooze that seeped out of a Madison Heights facility and onto I-696.

It is called hexavalent chromium or chromium six which is known to cause cancer.

This building was inspected back in December after it was discovered to be owned by the same person but there were no dangerous or questionable substances found. That however, was not the case Friday morning.

“What we found, were several concrete pits and in those pits was a material similar to the material on I-696,” said David Bell, Detroit Buildings and Safety.

Michigan’s Environment, Great Lakes and Energy will determine how dangerous the chromium six at this site, is.

“We’ve got uranium falling into the river, green ooze on 696. now you’re a block over from my street, a few blocks from Woodbridge, a few blocks from Henry Ford Hospital and its time we ramp up and express concern about all of this hazardous waste here,” said State Rep. Isaac Robinson (D).

Robinson says there are about 11 facilities that process and store hazardous waste in Michigan and eight of them are in Wayne County. He introduced a bill that would halt the expansion of treatment and storage facilities.

“They actually release the liquids into our sewer and waste water and some of these companies have excessive violations,” he said. 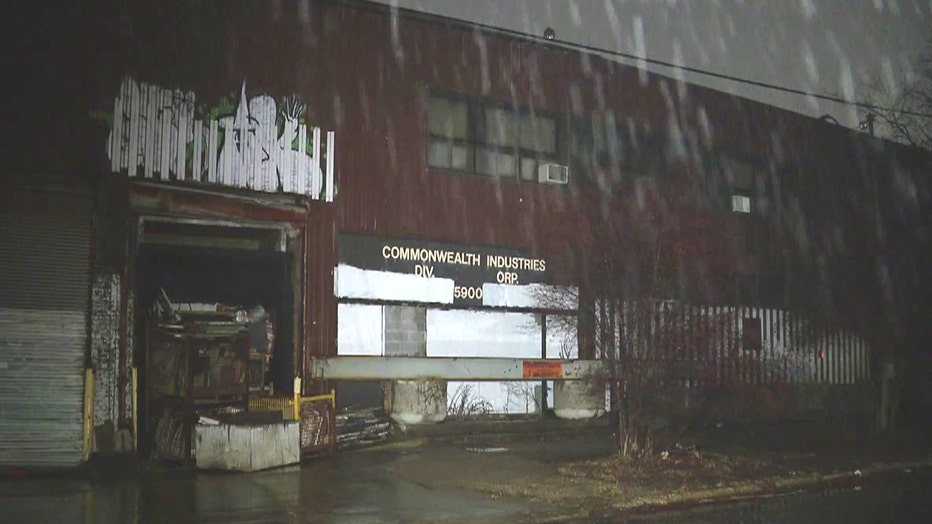 The building at 5900 Commonwealth in the New Center Area is owned by Gary Sayers, the jailed businessman whose company Electro Plating Services is behind the green chemical ooze that seeped out of a Madison Heights facility and onto I-696.

Detroit Fire Prevention Chief Shawn Battle says the substance inside Commonwealth Industries was in mechanical pits mixed with water–one of the pits has a sump pump inside. He says as of now it’s unclear where that sump pump drains to.

“We are looking forward to working with EGLE and the EPA, if needed, to address what appears to be hazardous conditions at this site,” Bell said.

EGLE should be there Saturday to check out the substance inside the building. Bell from the city of Detroit says the building will be boarded up sometime this weekend.

Meanwhile the state has found elevated PFAS levels in contaminated water in the basement of Electro Plating Services in Madison Heights.

We are told a few years ago the law department had been working with Sayers to clear out the building, but the material that was found inside today was not there back then.

Queen attends church on eve of meeting over Harry and Meghan

Trump Warns Iran against Execution of Three over Protests

Trump shakes up campaign leadership as he struggles in latest polls

Michigan will have to return to phase 3 of reopening plan if COVID-19 spike continues, Whitmer says