Long stretches of time spent entirely alone? Elaborate stratagems dreamt up to maximise self-sufficiency? Straggly hair in need of some serious salon time? Anyone currently on lockdown or self-isolating will likely be able to relate to these features of a hermit’s life and more. Thanks to the Covid-19 pandemic, even with screens permitting all manner of virtual connection, our homes can still feel as isolated as a recluse’s mountaintop eyrie. There’s one crucial difference, of course: unlike most of us, those legends of old chose their solitude.

Evolutionary biology tells us that we’re social animals, genetically programmed to build relationships and communities in order to survive and to thrive. Yet throughout history, there is evidence of a counter desire, a largely unsung and often mistrusted need for isolation. Nothing illustrates this better than our enduring fascination with hermits both real and fictional, from poet Emily Dickinson to billionaire Howard Hughes and Dr Seuss’ Grinch. In 18th Century Britain, landowners even built miniature classical temples in which to house men hired to play the part of so-called ornamental hermits.

Monks, in the desert

The word itself dates back to the 12th Century, and comes from the Greek word erēmia, meaning desert, a big clue to its religious roots. Paul of Thebes is widely regarded as the first hermit, fleeing anti-Christian persecution and a scheming relative to exist alone in the Egyptian desert from the age of 13 to his death in the year 314, aged 113. He lived in a cave, dining on bread delivered by a raven and dates from a palm in whose leaves he clothed himself. At the end of his life, he was visited by Anthony the Great, a monk who founded the Desert Fathers movement, drawing thousands to austere lives in the spartan landscape.

Other religions have their own hermits. Hindu philosophers, Taoist poets, Jewish mystics – all have been known to retreat from society in order to devote themselves more wholly to their faith. There were women, too, among them Mary of Egypt, the patron saint of penitents, who isolated herself in order to atone for her insatiable carnal appetites. On the whole, though, holy women of the 4th and 5th Centuries lived in fledgling monasteries, and there is no escaping the gendered notions inherent in our images of hermits. 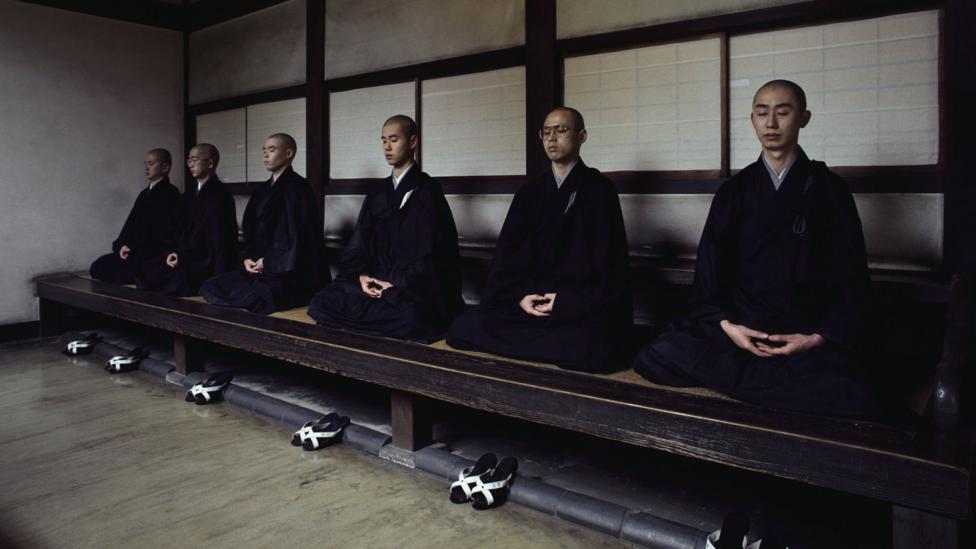 Look to other cultures, and you’ll find that even early Buddhism’s chaste female wanderers, for example, were exceptions to the rule. Like the Hermit card in Tarot decks, we picture them male. In literature, the woman who opts for isolation tends to be at best a figure of pity, at worst, something more malevolent. Just contrast Charles Dickens’ wretched Miss Havisham or Charlotte Bronte’s original madwoman in the attic with Daniel Defoe’s iconic castaway, Robinson Crusoe.

No time to be lonely

Crusoe didn’t choose solitude, but he has nevertheless become its secular icon. It’s worth noting that he did find faith while stranded on his Caribbean island, ensuring that, heart-breaking laments notwithstanding, he never felt entirely alone. More pertinently to our contemporary plight, he kept himself really busy. You wouldn’t have caught him binge-streaming box sets; instead, he set about building his own home, growing food and taming wild goats.

Defoe’s legendary loner also had another advantage: he was written into being before the concept of loneliness as we understand it today took off. Indeed, “loneliness” is a word that rarely appears at all in English before about 1800. That’s in part due to the cramped intergenerational lifestyles that people were forced to lead. Living alone, as so many of us now do, would have been almost unheard of.

Not that being alone is synonymous with loneliness. If we confuse the two, it’s probably because we live in a society in which being on your own continues to be used as a punishment, from toddler time-outs to solitary confinement. Yet as anyone who’s ever walked into a sea of unfamiliar faces at a crowded party knows, there is a difference between feeling alone and being alone. 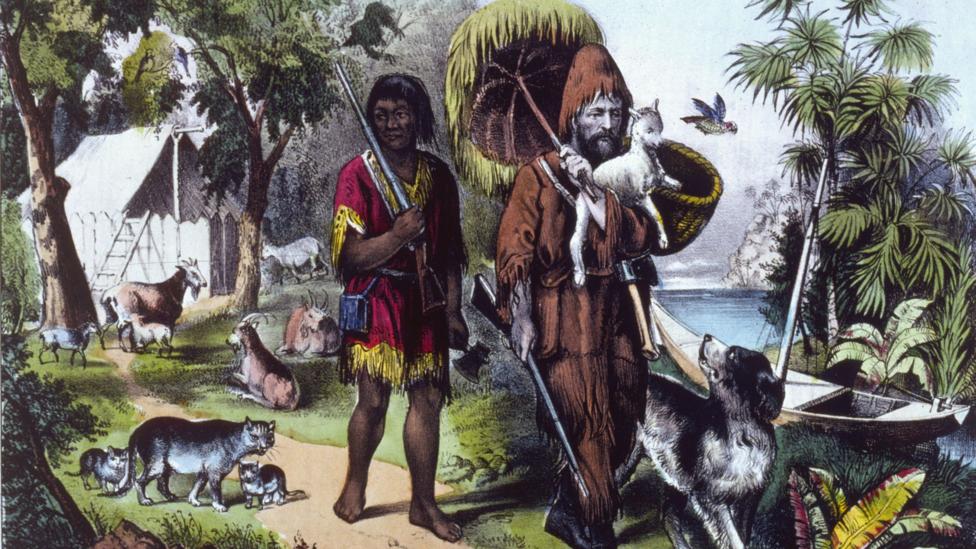 Being on your own can in fact be calming and restorative. Even teens, one study has found, are less self-conscious when they’re alone. Time spent with yourself gives you a clearer sense of who you are, and however discontented hermits are with the societies from which they walk, on some deep, peaceable level, they’re quite contented with themselves. As American philosopher Henry David Thoreau confided: “I never found the companion that was so companionable as solitude.”

Thoreau’s isolation has been greatly overstated. As it turns out, he hosted dinner parties at his pond-side Connecticut retreat and mum did his laundry, but he fuses multiple strands of hermit motivation: holing up for two years, two months and two days was at once a back-to-nature bid, striving for a life of monastic simplicity and also a means of focusing on his work.

The creative benefits to be had from time spent alone are ample. Greek philosopher Plato, who’s known as the first poet of solitude, insisted that he needed it to think. Making ‘The Case for Hermits’ in his 1935 essay, English writer GK Chesterton was blunter: “If men do not have Solitude, they go mad,” he declared. Not for nothing did Virginia Woolf fantasise about that room of her own and poet William Wordsworth declare solitude “bliss”.

But it’s our own 21st Century era that has seen the most pronounced moves to collectively retreat into our solitary cells. Even before the current pandemic hushed our cities, there was an emerging cultural vogue for celebrating the joy of missing out by simply staying in. Japan has taken this to extremes with a growing population of hikikomori, individuals who withdraw entirely from physical social interaction. 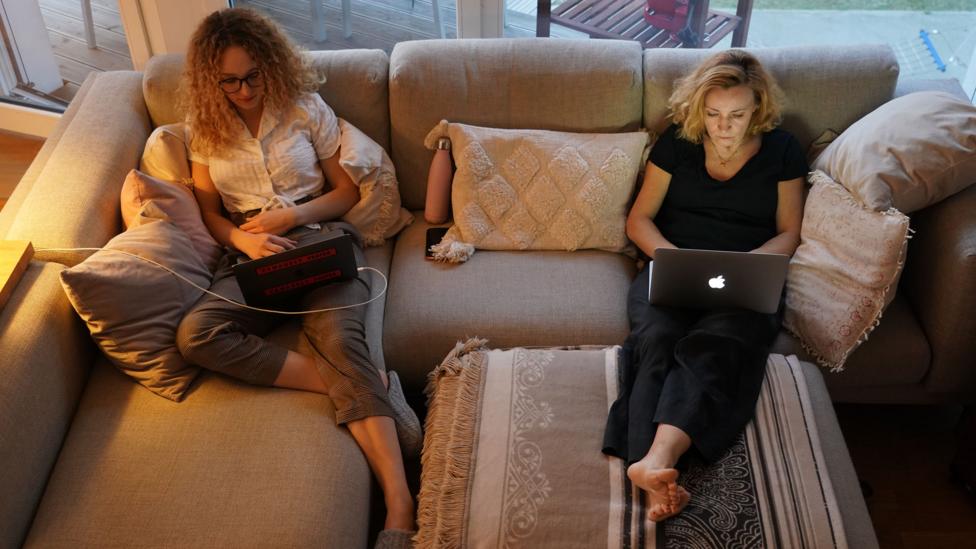 Of course, technology now brings the world to our sofas. Thanks to the likes of Deliveroo and Netflix, we have less and less cause to leave our own sanctuaries. This has also meant that the life of even the most committed hermit isn’t what it once was. Consider Mauro Morandi, who’s earnt himself a reputation as Italy’s Robinson Crusoe. The octogenarian remains the sole inhabitant of the island of Budelli, off the coast of Sardinia, where he spends a lot of time reading and thinking and collecting wood. One feature of his routine that’s changed in the 30-plus years he’s been there is Instagram, to which he uploads images for his 47,000 followers.

The Greek word erēmia is in turn rooted in erēmos, meaning desolate. While a certain bleak emptiness can accompany unsought solitude, there is solace to be found even so. As Chesterton observed in that same essay of his: “It is in society that men quarrel with their friends; it is in solitude that they forgive them.” Nurture those replenished feelings of goodwill. In today’s terms, maybe pick up the phone and have a chat. Remember, too, that being alone doesn’t mean you need feel lonely, especially not when staying apart is a course of action collectively undertaken.

Hermits meditate on life’s deeper meaning but they’ve traditionally also chosen habitats in which keeping body and soul together is a daily challenge – and perhaps a welcome respite from the heavier intellectual work of answering the questions that tend to fill a silent void. Crusoe was particularly diligent when it came to the daily business of self-care. No wild goats to tame? Try sowing some seeds on your windowsill instead.

Belief is what’s sustained many hermits over time – faith in the muse if not a religious deity. If you’ve ever wondered what echoes of long-forgotten longings and ambitions you might hear within yourself were life only quiet enough, then now is the time to find out – especially if you’re brave enough to switch off your internet connection.

Finally, one of history’s rarer female hermit voices, the Christian mystic Julian of Norwich – who lived through the Black Death as a child and survived serious illness in adulthood – provides words to which we all, believers, agnostics and atheists alike, might cling: “All shall be well, and all shall be well and all manner of thing shall be well.”