The development of cancer, in particular, has been shown to be heavily influenced by your diet. It protect people against cancer completely. The term cancer-fighting foods refers to foods that may lower the risk of developing cancer if a person adds them to their diet along with exercise.

In your diet you have to focus to add eating whole,organic foods over processed and pesticide-laden ones.There are certain nutrients that have been shown to be especially good at striking down cancer cells.Following are 7 foods,ingredients that you should take center stage in any diet meant to prevent cancer or support recovery from it. 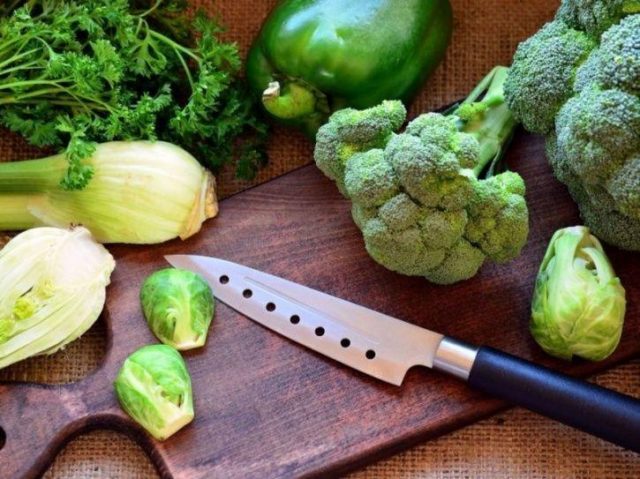 Low or deficient folate status is associated with increased risk of many cancers and linked in mutations in DNA. Folic acid supplementation and higher serum levels are associated with increased risk of prostate cancer.Studies shown that consuming 400 micrograms per day can lower the risk of cancer significantly.Folate is a B-complex vitamin that’s so important it is used to fortify many foods that don’t otherwise contain it.

You can add folate in your diet.if you struggle you can have it by supplement. Ading folate rich foods in your each meal is worthy.Great ways to get folate include orange juice, fortified cereals, peanuts, and beans. Spinach and romaine lettuce are also rich in folate, as is asparagus and Brussels sprouts. 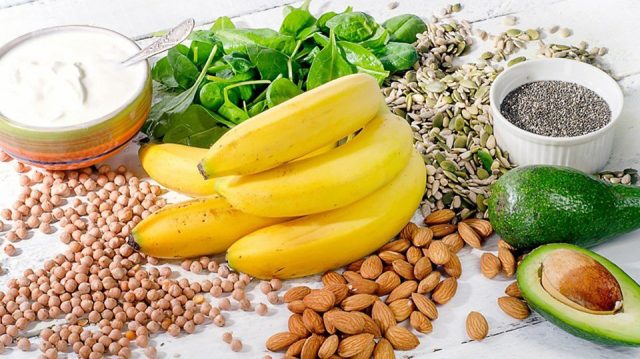 Vitamin D is the name given to a group of fat-soluble prohormones required for the regulation of the minerals calcium and phosphorus found in the body. It also plays an important role in maintaining proper bone structure.and helps protect against depression, heart disease, and weight gain.

It also works to curb the growth of cancer cells. In fact, The analysis showed that people who took vitamin D supplements had a 13% lower risk of dying from cancer than those who took a placebo over the same period. 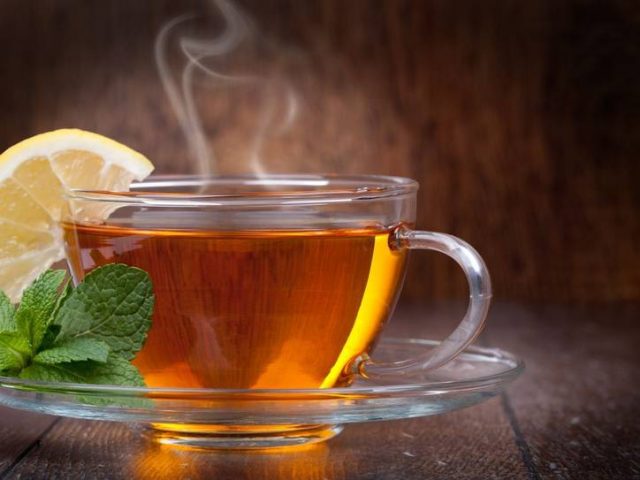 Tea is one of the most ancient and popular beverages consumed around the world. Black tea accounts for about 75 percent of the world’s tea consumption.Tea is particularly rich in polyphenols, including catechins, theaflavins and thearubigins.

This comforting and highly customizable beverage is loaded with antioxidants, which are your best line of defense against free radical damage.Tea polyphenols act as antioxidants.When free radicals are allowed to damage cells, it leaves them weakened and vulnerable to cancer. One particular antioxidant in tea, called kaempferol, has been shown in studies to reduce the risk, especially in reproductive cancers.

The Harvard School of Public Health recommends consuming between 10-12 milligrams of kaempferol each day. It takes about four cups to get there. so it is lttle harder.so you can consume it by diet.Other food sources include fruits like apples, peaches, blackberries, raspberries, grapes, and “technically a fruit” tomatoes. Veggies high in kaempferol are broccoli, Brussels sprouts, potatoes, onions, squash, green beans, cucumbers, lettuce, and spinach.

There are plenty of ways to incorporate cruciferous vegetables into your diet. The only thing you can’t do (and still get the benefits) is swallow them whole. veggies seem particularly good at protecting against prostate and colon cancers. In fact, in animal studies sulforaphane and other substances produced upon cutting or chewing these veggies actually shrunk tumors. 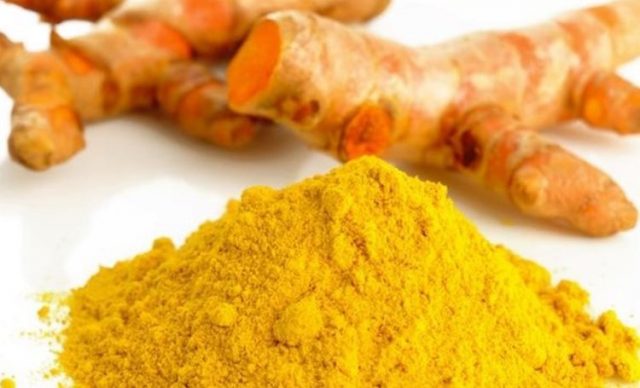 Curcumin known as turmeric is the bright yellow spice that gives curry dishes their distinctive taste and color. It is also known for having anti-inflammatory effects that can fight cancer by suppress the inflammation and prevent the transformation and proliferation of cancer cells.. Inflammation is a factor in the development of pretty much all diseases, and cancer is no exception.

It’s being explored as a cancer treatment in part because inflammation appears to play a role in cancer. Laboratory and animal research suggests that curcumin may prevent cancer, slow the spread of cancer, make chemotherapy more effective and protect healthy cells from damage by radiation therapy.

Perhaps best at reducing the risk of bladder and gastrointestinal cancers, researchers nonetheless insist that no cancer is immune from curcumin’s effects. Dried and powdered curcumin can be sprinkled into all sorts of savory dishes to provide a little Indian flair along with cancer protection.

Ginger is another popular spice, traditional in Asian cuisine but utilized heavily in Europe and the Americas, too. Ginger is commonly used for various types of “stomach problems,” including motion sickness, morning sickness, colic, upset stomach, gas, diarrhea, irritable bowel syndrome (IBS), nausea, nausea caused by cancer treatment, nausea caused by HIV/AIDS treatment,Beyond being an excellent preventative in our diets, ginger may soon be an integral part of cancer treatments.

Ginger May Have Cancer-Fighting Qualities. Oct. 11, 2011 — Ginger supplements appear to lower some indicators of inflammation in the colon, a new study shows. The study, published in Cancer Prevention Research, is an early step toward finding out whether compounds found in ginger root might prevent colon cancer.Researchers have discovered that ginger can cause the death of cancer cells in two distinct ways. One is called apoptosis, in which the cancer cells basically commit suicide without harming healthy cells that surround them. Another way is autophagy, in which cancer cells are tricked into digesting themselves. Either way, adding more ginger to your diet is a no-brainer. 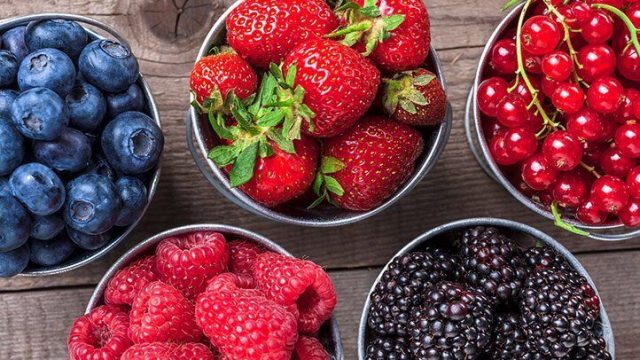 Berries may be among the most beneficial fruits to eat for cancer prevention.Research is providing new evidence that berries not only contain strong antioxidants that help to prevent cell damage that precedes cancer.they also appear to affect genes that are associated with inflammation and the growth of cancer.

All berries feature high levels of phytonutrients, which are known to offer protection against cancer. Black raspberries could be the cream of the crop though, as they contain a great deal of a particular phytochemical called anthocyanin. Anthocyanin has been found to slow the growth of premalignant cells. It also prevents the growth of new blood vessels that would feed the resulting tumor.

Berries seem to especially protect against colon, esophageal, oral, and skin cancers. Scientific studies typically use concentrated berry powder, but adding a few servings of fresh or frozen berries to your daily diet is also quite beneficial.

Some cancer risk factors, such as genetics and environment, are out of your control, but research suggest that about 70% of your lifetime risk of cancer is within your power to change, including your diet. Avoiding cigarettes, limiting alcohol, reaching a healthy weight, and getting regular exercise are all great steps for preventing cancer. Adopting a healthy diet can also play a vital role.

You can multi-task your cancer prevention diet as well with ginger tea or a veggie omelet sprinkled with curcumin. Since you are starting with fresh, whole foods, the only limit to the diverse meals you can make is your creativity!

Food items you should avoid if you care about your teeth