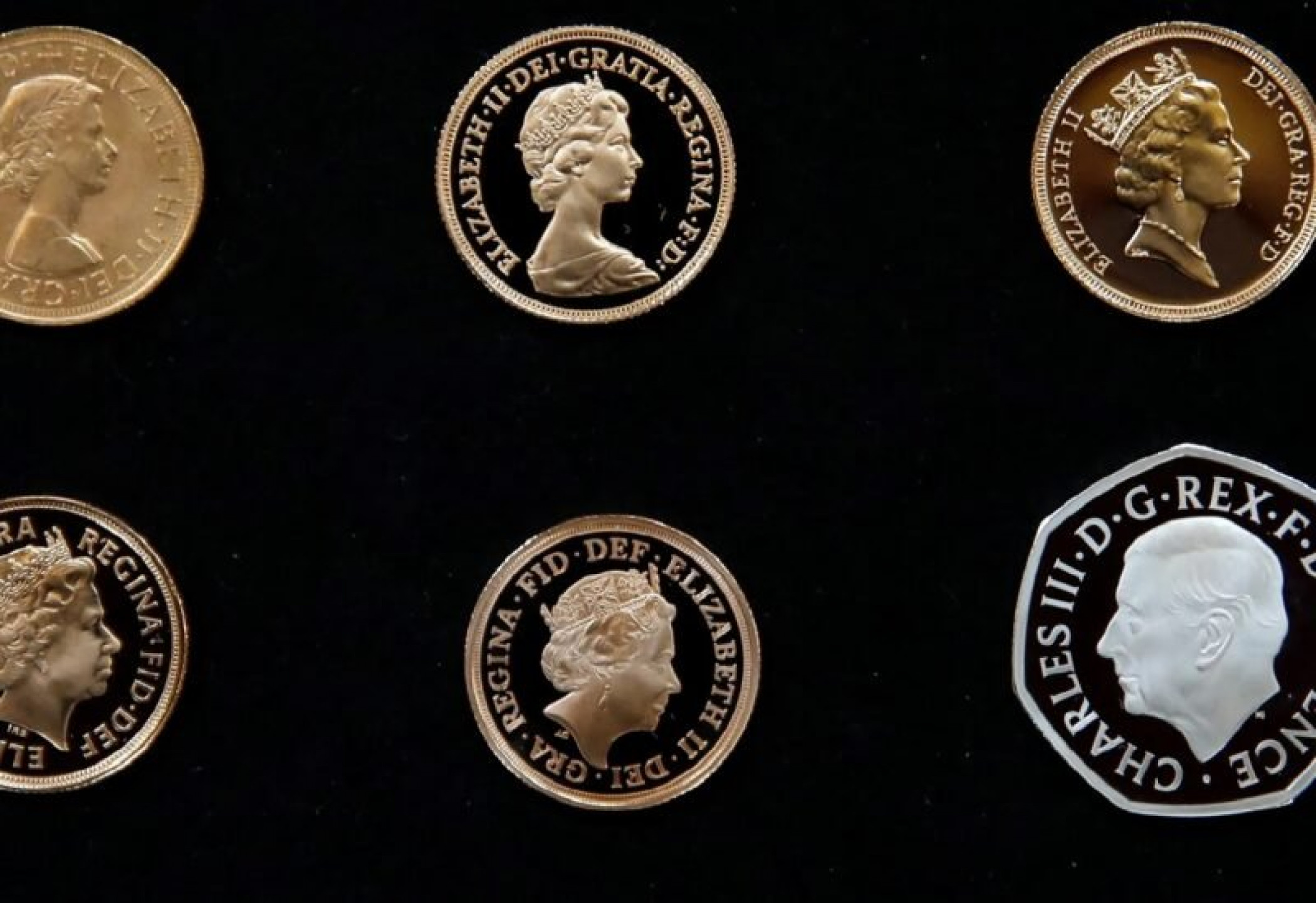 The British Royal Mint has unveiled new coins bearing the portrait of King Charles III, due to start circulation before Christmas.

The coin bearing the image of King Charles III will be introduced on the 5 pound and 50 pence coins, according to the British newspaper, "Daily Mail".

The British Royal Mint will also issue a commemorative coin set on Monday 3 October, commemorating the life and legacy of Queen Elizabeth II.

The Royal Mint's chief commercial officer, Nicholas Howell, said he expected the coin bearing the images of Britain's new king to appear probably next December. The obverse comes with a picture of King Charles looking to the left, unlike his late mother, who was looking to the right.

On the back, the coin bore a decorative motif in honor of Queen Elizabeth and two portraits of her, one of her in her youth and the other in her old age.

The Royal Mint estimates that there are about 27 billion coins bearing the image of the Queen, who died earlier this month.