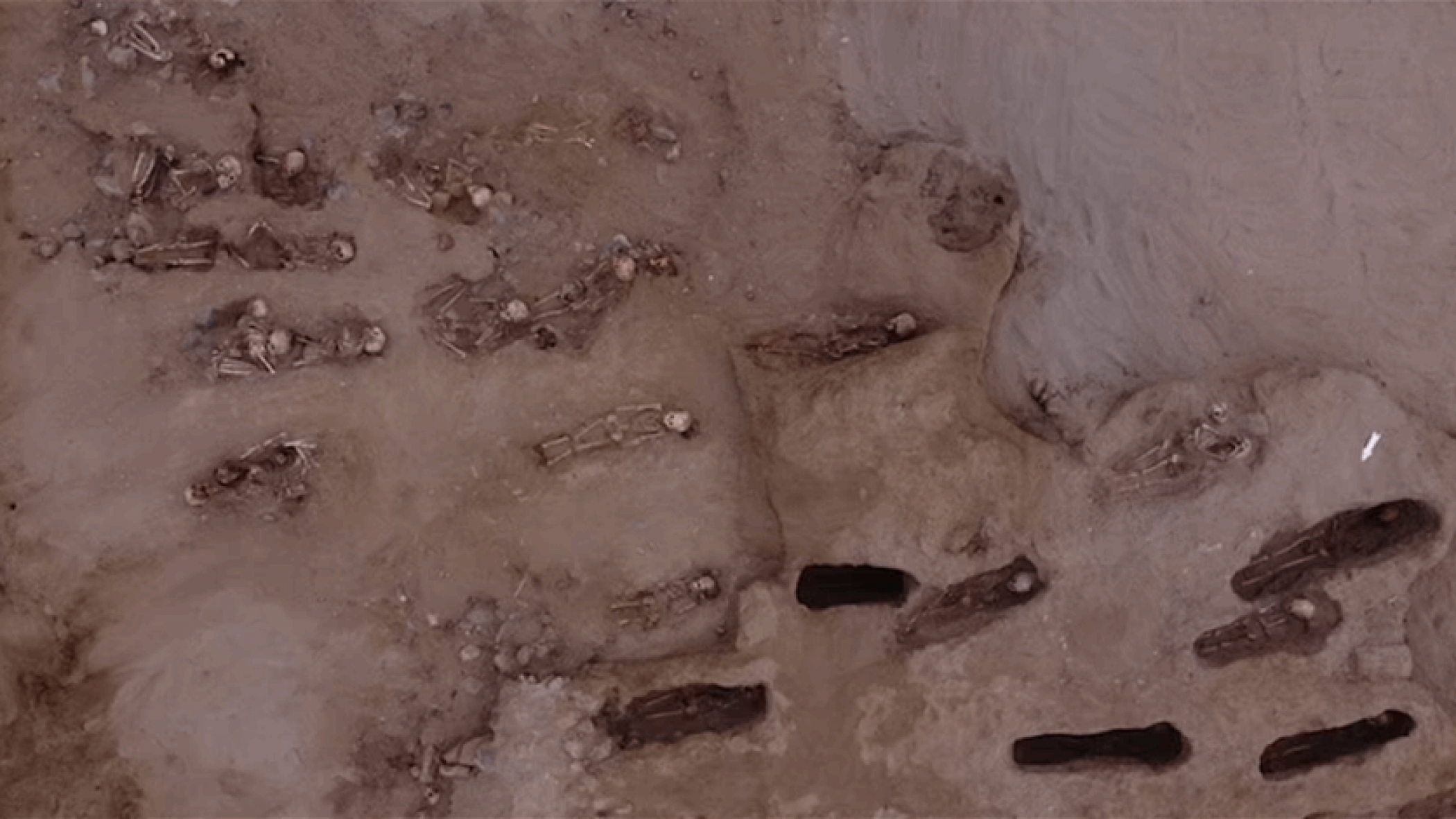 In Peru, the tombs of 76 children who were sacrificed about a thousand years ago during religious rituals of the pre-Columbian Chimu civilization have been found.

Peruvian archaeologists, students and researchers from the universities of Florida, Tulane and Louisiana discovered the tombs during searches at a sacred site where children's bones had previously been found, according to AFP.

The remains of these children, who were sacrificed when they were between the ages of 6 and 15, were found between July and August in two small squares at the site of Pampa la Cruz near the city of Trujillo, about 500 kilometers north of the capital, Lima.

The same team of researchers, headed by archaeologist Gabriel Prieto, had previously found between 2016 and 2019 the remains of 240 children sacrificed from the Chimo group that lived on the coast of present-day northern Peru between 900 and 1450.

"We were surprised to find more remains when we dug 10 or 20 centimeters deep," said archaeologist Luis Flores, explaining that the children's chests opened straight to pull their hearts out.