The two former stars, Omani Ali Al Habsi and Egyptian Wael Jumaa, participated in the festival, which was held at the “ASA” Academy in the Lebanese capital, Beirut, and was organized by the Supreme Committee for Delivery and Legacy of Qatar.

This festival came as a prelude to the start of the World Cup (Qatar 2022), where the cup is expected to arrive tomorrow, Sunday, in Beirut, for a 4-hour visit.

The world is currently preparing for the launch of the 2022 World Cup in Qatar, which will be held in the Middle East for the first time in the history of the tournament. 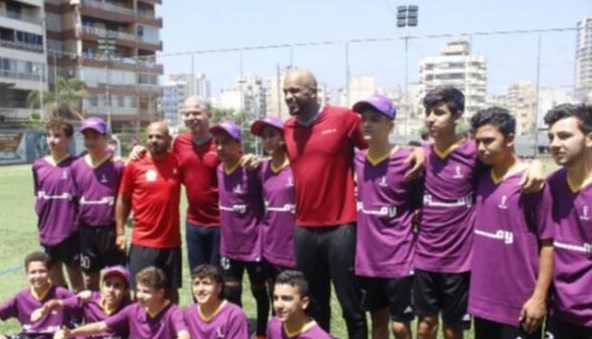 The Lebanese band Mayass rocks the stage of America's Got Talent... and a golden buzzer qualifies it for the finals (video)

Texas boy, 5, dies after being left in hot car for hours

Do you hate getting up early? Here are 7 steps to becoming a morning person